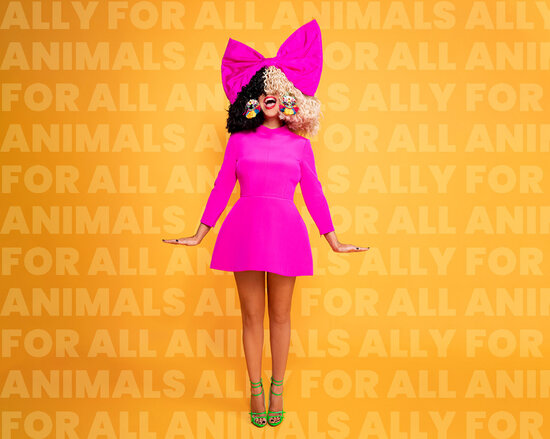 Bond Pet Foods, the Boulder-based leader in creating cultured meat proteins via fermentation for pet food applications, recently announced that Grammy-nominated musician and life-long animal advocate, Sia Furler, joins its purpose-led team as investor and advisor. In this role, Furler will partner with Bond to advance and inspire a more humane, responsible food future through a variety of social and digital marketing initiatives.

Furler has dedicated much of her life advocating for animals, as seen in her involvement with charities such as the ASPCA and the Best Friends Animal Society, and frequently lends her voice to bring awareness to the plight of animals including co-narrating the film “Dominion,” a documentary on the ills of factory farming, with notable names Joaquin Phoenix and Rooney Mara.

Bond Pet Foods was founded in 2017 with a mission to create more sustainable, responsible and humane food by reimagining meat- the mainstay of pets’ diets. Dogs and cats are voracious consumers of animal proteins. However, studies show that the production of meat and meat by-products for their consumption has an oversized, negative impact on the environment (2017 UCLA/PLOS One Journal).

Bond is solving for this by employing a technology known as precision fermentation to produce nutritionally complete, nature-identical chicken, beef, fish and other meat proteins for pet food applications. This process is routinely used to make ingredients for everyday products such as enzymes for cheese — no animal farming required. Venture-backed by leading funds in the food-tech and alternative protein space including Lever VC, Agronomics and KBW Ventures – and now Furler – Bond is poised to accelerate its meat protein portfolio development in the months ahead.

“As a devout animal and environmental advocate, I’m inspired by Bond Pet Foods’ mission and believe their company is the future for sustainably-led protein in pet food,” said Furler. “If America’s dogs and cats were their own country, their consumption of meat products alone would rank fifth in the world. I am eager to lend my voice and support to a brand that’s re-imagining a cruelty-free future for all animals.”

In the months ahead, Bond and Furler will collaborate on social, digital and product initiatives that invite the public to learn more about Bond’s mission, its innovative approach to meat protein production, and inspire a new dialogue around responsible dog and cat nutrition.

“We’re honored to welcome Sia and her deep passion for animals into the Bond family,” said Rich Kelleman, co-founder and CEO of Bond Pet Foods. “We believe her voice and creativity will help us further educate and excite the world about a new, better, more sustainable way to feed our pets.”

Bond Pet Foods, Inc. is a Boulder, Colorado-based pet food company using biotechnology to create food that’s nutritionally comparable to conventional meat, but without all the bad stuff; so people, pets, farm animals and the planet all win. Using some of the same processes that are employed in craft brewing, Bond produces high-quality cultured fungal and animal proteins through fermentation, harvests them to better meet the nutritional requirements of companion animals, and uses the ingredients as the foundation of its complete recipes.

Nine-time Grammy nominee Sia has cemented her role as one of today’s biggest stars, sought after songwriters and captivating live performers. Most recently, Sia partnered with NASA for a video for her song, “Floating Through Space” to celebrate the ingenuity test flight on Mars. The song is off of her latest album “Music.” In 2019, she partnered with Diplo and Labrinth to form the group LSD. Their debut album, Labrinth, Sia & Diplo Present… LSD has more than one billion streams to date. She released the Grammy-nominated “This Is Acting” (Monkey Puzzle/RCA Records) in 2016 to much critical acclaim, followed by her sold out Nostalgic For The Present World Tour. In 2017 she released the evergreen holiday collection “Everyday Is Christmas.” She has more videos in YouTube’s “Billion Views Club” than any other female on the planet. Along with her own successes, Sia has also written global smashes for today’s biggest acts including Beyonce, BTS, David Guetta, Kanye West, Rihanna, Britney Spears, Katy Perry, Ozuna and many more.