Since the beginning of the pandemic, 23 million (one in five) households have welcomed new pets. As many people’s daily routines have shifted to keep them at home more regularly, an increasing number of pet parents are looking to offer their pets more variety in food options. As a result, there has been an increased demand in the wet food category with sales up nearly 18 percent compared to last year. Mars Petcare recently announced an investment of $117 million in its Fort Smith, Arkansas, manufacturing facility, just months after the $145 million investment announced earlier this year.

“Pet parents are at the center of everything we do, and at Mars Petcare, we’re committed to answering their evolving needs as a trusted partner for pet parents,” said Ikdeep Singh, regional president of Mars Pet Nutrition North America. “The role of pets in our lives has grown even stronger during the pandemic, and our latest investment in Fort Smith enables us to deepen our commitment to our Associates and the City of Fort Smith while also living our purpose: A BETTER WORLD FOR PETS.”

This latest investment will further expand the facility’s manufacturing operations with the addition of two production lines, support construction of a new warehouse, allow for updates to existing equipment and create more than 140 new full-time associate positions – on top of the more than 120 jobs announced in January.

Collectively, Mars Petcare has invested a total of nearly $540 million in its Fort Smith facility, and this announcement represents a continued commitment to manufacture its products where they’re sold and invest in the people and communities where the company operates. Mars Petcare Associates help improve the lives of pets and pet parents and will play a key role in the success of this expansion.

“In January, I was pleased to join company leadership and local officials to celebrate Mars Petcare’s growth in Fort Smith,” Gov. Asa Hutchinson said. “And here we are – only nine months later – celebrating yet another expansion at the company’s Fort Smith facility. I commend Mars Petcare for its commitment to our state and its tireless efforts to serve families by providing our pets with the highest quality products.”

“For over a decade, the Mars Petcare Fort Smith site has provided a range of great jobs in manufacturing, administration and leadership well-tailored to Arkansas’ workforce. The company’s expansion is a well-earned vote of confidence for Fort Smith’s future, and I look forward to the shared success of Mars Petcare and the Fort Smith region,” said Tom Cotton, Senator of Arkansas.

“This investment is more great news for Fort Smith and further underscores Mars’ commitment to the community. I’m pleased the company continues to recognize the value in betting on our workforce and economic climate, and that more jobs for hardworking Arkansans will now be available in the region. I extend my congratulations to all the leaders and partners who made this day possible,” said Senator John Boozman.

Facility expansion is underway and all phases of the project are scheduled for completion in 2023. With the latest investment, Mars Petcare will build a new 47,000 square-foot warehouse and add two additional production lines to the facility. This, plus new production lines previously announced – a total of four – will increase production capacity by more than 75 percent, which is equivalent to more than 1 billion meals per year.

“Fort Smith has developed a reputation as a hub for manufacturing,” Arkansas Secretary of Commerce Mike Preston said. “That reputation grows once again as Mars Petcare is poised for its second expansion this year. I applaud the company for its continued confidence in our workforce, and I am delighted that a household name like Mars Petcare continues to expand in Arkansas.”

“The Chamber and the Mars Petcare leadership team have partnered together since 2007, from the development of the original facility to working on its tremendous growth in western Arkansas over the years. We’re fortunate to have a world-class company like Mars Petcare in our backyard and proud to support its purpose-driven business,” said Tim Allen, president and CEO of the Fort Smith Regional Chamber of Commerce.

Since opening in September 2009, the Fort Smith facility, which is one of 14 Mars Petcare sites in the United States, was the first LEED manufacturing site in the state of Arkansas and first LEED-certified pet care plant. The facility is LEED-Gold certified from the United States Green Building Council and achieved gold status for its efforts to recycle water, reduce energy use and protect against erosion and light pollution. Currently employing approximately 370 associates, Fort Smith has been a fundamental manufacturing hub for tray format foods, making brands like CESAR, SHEBA, NUTRO, IAMS and CRAVE. As pets play an increasingly important role in people’s lives, Mars Petcare will continue to deliver product innovation to meet the new and unique ways pet parents seek to bond with and feed their pets. 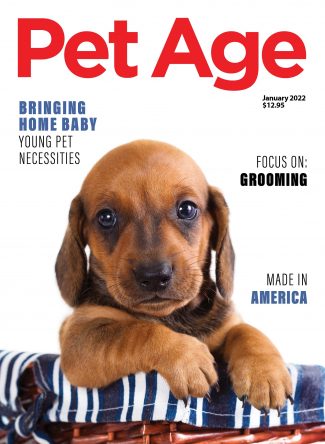